If I had a dime every time someone asked me why their backup jobs were slow; I'd be writing this essay with my toes in the sand on the beach of some remote island in the south pacific. I'd be a rich man. 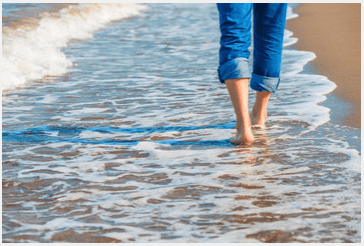 The movement of data, from a source to a destination, can be affected by a number of factors. So, when someone asks how long will it take to backup a certain amount of data, my sincere response is usually "it depends". In fact, there are so many factors that it would be nearly impossible for me to include them all within a simple blog post. To eventually reach our maximum backup speed, we first must understand what our limitations are.

Let’s start by asking ourselves a few simple, yet critical questions;

Before factoring in your software technology, these are some of the initial questions that need to be answered to estimate how long a backup may take to complete.

A simple test that can be performed to give you an idea of how fast it is possible to move data from the source to the destination is to copy one, or more, files from the source to the destination. If the destination is tape, you can get an idea of the expected speed by first going to a disk device that has a comparable read/write speed. The copy test will give you an idea of what types of speed you can expect when running backup jobs. Now that you have an idea of how fast data can be moved, you need to consider the slowest bandwidth/bus-width from source to destination. You may be asking yourself why the slowest speed well, the answer is; because your slowest speed is also going to be your fastest speed.

Some backup software solutions have the ability to exploit high performance networks and storage subsystems. One key element that can be used to reach the maximum throughput of the backup infrastructure is multistreaming (aka splits). Multistream capable backup applications can send multiple steams of data, from a single client, simultaneously and/or; multiple streams of data from multiple clients simultaneously. A finely tuned backup environment can produce speed related dividends that can shrink a backup window to a fraction of its currently painful size. In fact, In fact, I have seen backup speeds in production environments of over 300MB/s while going to a single tape drive housed in a tape library in a small environment. Let alone the speeds that some of our larger customers are achieving. Great speeds can be obtained so long as speed limitations can be overcome.

Remember, backup applications can't move data any faster than the infrastructure will allow so; if you are having trouble meeting service levels when it comes to the backup window, start with a look at the infrastructure to locate any areas where you can make improvements.

Taking a holistic approach to improving backup and recovery performance can improve the performance of everything that leverages the I.T. infrastructure.