The Future of Magnetic Tape Technology 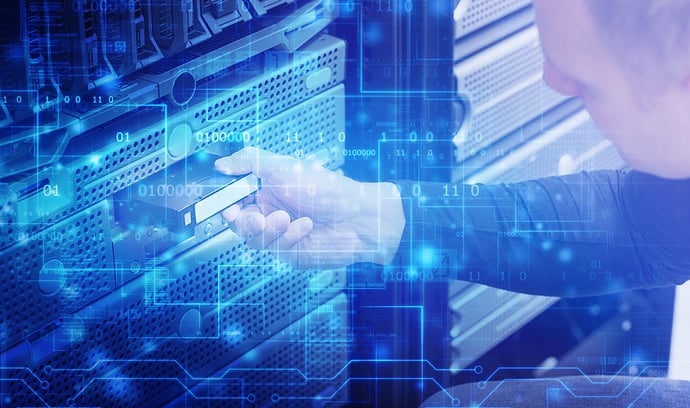 With data growing faster than ever before, it’s no wonder that corporate tech giants continue to utilize magnetic tape technology. Microsoft has made it clear that magnetic tape is used in its data center for archival storage. Google has long relied on magnetic tape in the event that they lose data across their numerous data centers. It’s even been speculated that the technology behind Amazon glacier is none other than good old magnetic tape. So while some businesses are now replacing their aging local tape drives with cloud storage solutions, odds are that their data is just ending up on someone else’s newer tape drive anyway. This has many organizations considering whether tape should play a role in data archival, alongside their disk and cloud technologies. Whether LTO technology (the magnetic tape data storage technology standard) is right for your business or not is a personal decision. An important question you might ask is, “Can I rely on a future with tape technology?”.

It’s probably safe to say that most organizations have a massive amount of data that is quickly accessed on hard disk drives. The typical hard drives survive on average 3-5 years, and with newer SSD drives this may extend up to 10 years. As the old adage goes, “use it or lose it”, and this may also be the case for data. Unpowered hard drives in storage over years may even be at greater risk of mechanical failure as moving parts like bearings and motors age. LTO tape storage on the other hand, has a reported shelf life of up to 30 years. Tape boasts a low unrecoverable error rate, thousands of times better than disk, and data can be verified just after writing without affecting the transfer rate (unlike disk). So, there is high confidence in restorability of data from LTO tape, but what about the continuation of the technology itself?

Fortunately, the LTO standard that we all rely upon ensures a high level of sustainability. It was developed jointly by companies including IBM, HP and Quantum and is constantly being further developed. Recently the specifications for LTO-9 have been released, detailing capacities of 45GB compressed with support for hardware encryption and full backwards compatibility with LTO-8. In fact, a technical roadmap offering specifications up to LTO-12 have long been agreed upon, guaranteeing development well into the future.

Another clear advantage in tape’s future potential stands out is tape’s areal density. Simply put, the amount of information that tape can store per/inch on its surface area is a fraction of that required on disk storage. Up to 100 times less! This is probably why newer generations of LTO are proving to be just as reliable as older ones. So, while hard drives are recently hitting some roadblocks due to fundamental physics – tape will likely enjoy many years of unencumbered capacity growth. After all, tape may also be able to adapt many of the technologies currently being considered for disk drives.

Tape has become far less visible in our lives, that much is clear. But for the foreseeable future LTO tape will play a leading role in the world of long-term storage for archiving, and as part of hybrid storage strategies. The increasingly stringent compliance requirements (HIPAA, SOX, etc.) being rolled out in various industries will require the retention of data for years. It is tape’s low cost per gigabyte, reliability and scalability that have ensured its longevity far into the future.

Speak with a data backup expert about integrating magnetic tape into your archiving strategy.